There were multiple important things happening in the Hap GPU-accelerated video playback codec world recently. Sadly, there is not a single website with all these updates (though there is an official website now). I will try to put the information all together in this blog post.

In the mid-2020 a long-awaited Hap R codec was added to the hap specification. It uses internally high quality BC7 compressed textures, and makes videos quite close to ProRes. And that’s given that compression ratio is same as in DXT5 used in Hap Q (8:1). Hap R encoding right now is slower compared to Hap Q, but decoding is almost as fast as Hap Q and we’re getting rid of the annoying artifacts like banding on color gradients or blockiness. It also supports alpha-channel transparency at same compression rate (reserving some color bits to store alpha information).

Here is a comparison of some rendered content encoded with Hap.

The white gradient is much much smoother on the right, and so is the background area. The borders are much smoother and clearer on the second image.

Feel free to play around with these three side by side interactive image comparisons: Leviathan video, Fireworks video, Jokyo test with alpha. I recommend going to the maximum zoom level using mouse wheel in some area and then moving the comparison slider / pan using the mouse. Hap Q is on the left and Hap R is on the right.

The support for encoding was shortly added to the amazing Jokyo Hap Encoder — which is another recent addition to the Hap ecosystem. You can use it for either Adobe Media Encoder or for After Effects. It’s nice not only because it’s the first and the only one to support Hap R, also it improves Hap and Hap Q quality compared to the community encoders. Hopefully, GPU accelerated Hap R encoding will be available somewhere soon and then it’ll be possible to quickly prepare new footage versions for playback.

Demolition Media Hap Player for vvvv beta/gamma supports it already for some time, and you can use Hap R in both RGB and RGBA modes.

Next, I’d like to list what new features were added to the vvvv’s Demolition Media Hap Player:

It turned out that during the last 1.5 years, only two times a license was purchased for commercial projects (once for beta and once for gamma) — and I’m really greatful to those people, as it was neccesary support to do more development and experimenting.

At this moment, I realized that I’d like to give another licensing policy a try. I’ve created a Patreon page which will consist all the latest fixes and updates for the Hap player. There are 6 tiers - 3 for individual developers and corresponding 3 for companies.

Features available only for patrons (compared to publicly available versions, in addition to bugfixes):

I’m not removing the old plugins from anywhere, they are still downloadable (for non-commercial usage), but I really encourage interested people to go to Patreon as I will post new updates and fixes there (already posted first portion of them last week). 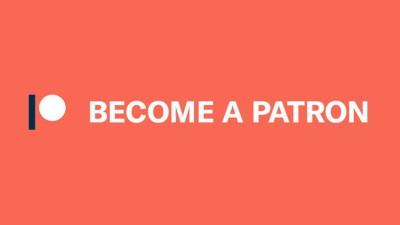 If you feel uncomfortable with Patreon for some reason, please get in contact and we’ll figure something out.

It’s possible to send invoices on a regular basis – just drop me a message after joining on Patreon. Please feel free to share your thoughts in the comments, regarding tiers, or anything.

Also for users who are unable to use Patreon there is a Boosty page.

Thanks to Hugo for building this website.
Analytics by Plausible.